Some people never seem to get a break in life, and Linda Lee Pope has endured more than her fair share of heartache. Linda worked with the M&B team to organize and sharpen her memoir into a motivational example of perseverance. 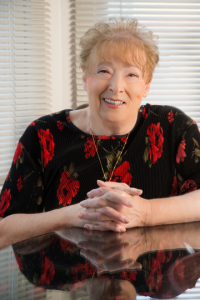 Linda Lee Pope was born and raised in Wisconsin. At the age of thirteen, her mother’s unexpected death thrust her into a new role in her position as the oldest of six children, with the youngest just three weeks in age. Linda’s challenging adolescence spawned a dream she finally realized in 2001 when she moved to the Hawaiian island of Maui at the age of 56.

Linda Lee Pope dealt with more than her fair share of tragedy in life. From losing her mother at a young age to seeing her own daughter die in a car accident, Linda was beginning to wonder if life was even worth living. In fact, she even contemplated suicide at the depth of her depression.

However, the presence of a singular goal, created shortly after her mother’s death through the imagery of a popular television show, created a pot of gold at the end of the rainbow for Linda. The thought of escaping the long, harsh winters of her native Wisconsin for the tropical paradise of Maui, Hawaii, lingered in the back of her mind for more than forty years.

Finally, Linda decided to make the ultimate leap. Selling her home and most of her possessions, she bought a one-way ticket to Maui with nothing guaranteed upon her arrival. Nothing, that is, except taking control of her life with the satisfaction of making her wildest dreams come true. 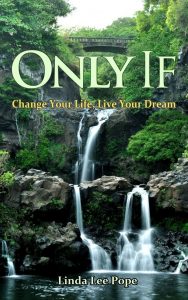