Mark Roberts had been working on his military time travel story on and off for about thirty years when he was referred to M&B. Wondering if his manuscript would ever see the light of day, Mark dove into the collaborative process and reworked his draft to become one of our bestselling titles. “The Clio Project” also became one of M&B’s first audiobooks. 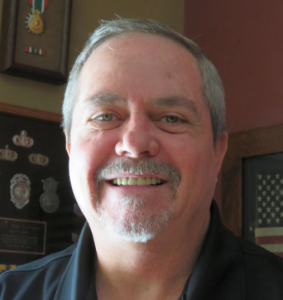 Mark S. Roberts served in the United States Air Force for twenty years as a security policeman. He holds a bachelor’s degree in administration in criminal justice. Raised in Jacksonville, Florida, Mark has lived and served in locations around the world. He currently resides in Green Bay, Wisconsin, with his wife, Lori, also a USAF veteran.

Technical Sergeant Scott Rees figures this will be just another hot August day on base for him and his team of United States Air Force security policemen. Little do they know they are about to become subjects in a top-secret time travel experiment, forcing them into a fight for their lives in the middle of the American Civil War.

Major General Richard Lucas and Chief Master Sergeant Joe Black want more time to test the Clio time machine before putting it into use, but their request falls on deaf ears as impatient government officials push forward. The incompetence of a key technician and a power grab by his senator uncle have thrown the project into chaos, leaving the security policemen caught in the middle.

Now Rees and his team face a double-barreled race against time to escape the past and almost certain death.

“Mike and Bonnie were instrumental in helping me reach my dream of publishing my first book. Mike took my story and made it read even better and both were and are very supportive in helping me accomplish this. Thanks to you both!”