Ron Di Orio approached us more than once over a couple-year span to help him work on his true paranormal story. We’re not going to lie…we were pretty creeped out by the ghostly happenings that he and his wife endured while running a business in a historic building. Eventually, the timing was right and we teamed up to complete this truly shiver-inducing tale. 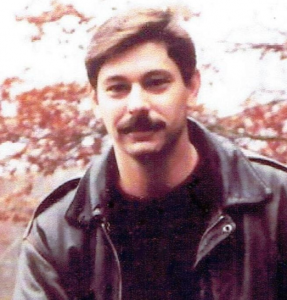 Ron Di Orio is a decorated United States Navy Veteran who was born and raised in Pittsfield, Massachusetts. He moved to Green Bay, Wisconsin, after his navy career to be near family and eventually became the owner of a furniture restoration business housed in a historic building. He soon discovered the building was home to almost a dozen spirits who turned his dream business into an unending string of terrifying supernatural experiences.

Ron Di Orio was thrilled he could put his woodworking skills to use when he landed a job and later owned a small furniture restoration shop near Green Bay, Wisconsin. The building dated to the Civil War and was filled with projects that needed attention. Unfortunately, the decorated U.S. Navy Veteran soon would learn the historic structure was home to more than just old furniture.

What Really Happened at Cormier Station is the true story of one man’s terrifying efforts to build a successful business while unlocking the secrets of Cormier Station. In the process of freeing the spirits trapped within the building’s walls, Di Orio would have to win a supernatural battle against his own internal demons and protect his wife from the powerful alter ego who possessed his very being. 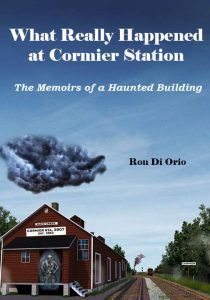