Sometimes a loved one’s diary needs a little time and space to put it in its proper perspective. That was the case with the World War II diary of Alexander Dominick’s father, Peter H. Dominick. Alex used a combination of his own narrative and his father’s writings to take the reader along on some of the most perilous trips a pilot could take, as well as inside the head of a future leader. 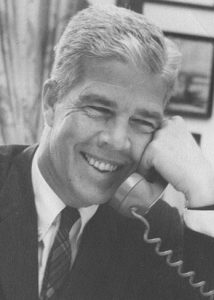 Alexander S. Dominick is the son of World War II hero Peter H. Dominick. His captivating introduction and epilogue bookends his father’s war diary and the short story that arose from “Flying the Hump.” Alexander Dominick’s description of growing up with a famous father (pictured here) who went on to become a U.S. congressman, senator, and ambassador adds color to this member of the Greatest Generation.

Peter H. Dominick was a war hero prior to becoming a respected U.S. congressman, senator, and ambassador. “Flying the Hump” over the Himalayas during World War II meant risking your life in often-dilapidated planes while transporting crucial supplies to Allied forces fighting the Japanese in the China/Burma/India Theater. Dominick was one of the lucky few to survive “The Aluminum Trail,” so called because of the number of aircraft that crashed along the perilous route.

Years later, Dominick’s family discovered parts of a diary that featured his daily experiences during the war. Many of the stories were unknown to his family and provide an intimate look at the stresses these brave men endured. The diary also contained a thrilling short story that Dominick wrote based on his experiences. It is included in this volume compiled by his son, Alexander S. Dominick. 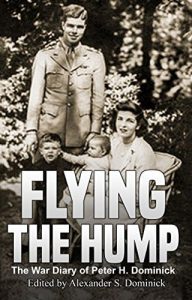