Mike Dauplaise has been a professional writer for more than forty years. His background as an investigative newspaper reporter provided the skills needed to research his true crime book, “Torture at the Back Forty.” While proud of that effort, he has more fun today writing destination guidebooks such as “Golf in Eastern Wisconsin” and “Kauai Travel Tips.”

Mike Dauplaise is a freelance writer and author who began his career in 1979 as a sports reporter for the Green Bay (Wis.) Press-Gazette. He specializes in article, brochure, website and video script writing for a variety of corporate, educational and health care industry clients across the United States.

Mike is a Green Bay native and graduate of St. Norbert College in De Pere, Wis. He and his wife, Bonnie, live in Green Bay, where he enjoys running and golf when not at his computer.

The true story of the pool table rape and murder of Margaret Anderson in Green Bay, Wisconsin. Left for dead, practically beheaded in a manure pile, Margaret fights for life. But in the end, the single mother leaves behind a son.

Author Mike Dauplaise practically makes Margaret blow a breath at readers as he recreates the night she was killed. He then takes readers to the place she was trying to escape back to, her home state of Montana, and finally, on the investigative hunt of a lifetime as this “America’s Most Wanted” drama ends with the capture of the last of the suspects five years later.

Dauplaise infiltrates the motorcycle club culture of the 1980s to expose what happened to Anderson and why she was just six months away from returning home to Montana. True-crime enthusiasts will revel in the detail and the hunt. 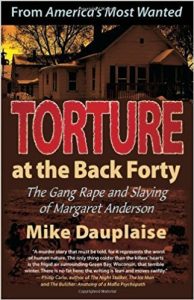 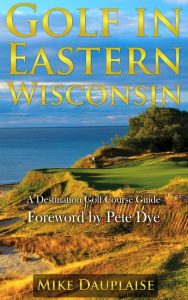 Mike Dauplaise leads you on a personal tour of some of the top public golf courses in the USA, which just happen to be in the beautiful Eastern Wisconsin region he calls home. This shot-by-shot guide features detailed descriptions, color photos and course management tips not found in any yardage guide.From major championship venues such as Whistling Straits, Blackwolf Run and Erin Hills to a strong municipal layout just minutes from Lambeau Field, discover how designs by Pete Dye, Jack Nicklaus and Arnold Palmer have made this part of the Badger State one of the top golf destinations in the world.

Golf writer Mike Dauplaise leads you on a personal tour of Kauai’s public golf courses from the high-end resorts to the surprisingly affordable municipal and daily fee courses that are favorites with the locals.

This hole-by-hole, shot-by-shot resource features vivid descriptions and color photos that will help you visualize shots and plan strategy like a member, including course management tips and detail not found in any yardage guide. Highlighted by designs from famed golf course architects Robert Trent Jones, Jr. and Jack Nicklaus, you will see why Kauai is one of the most popular golf vacation destinations in the world.

Hawaii’s “Garden Island” is home to spectacular natural beauty, miles of pristine sand beaches and the awesome Na Pali Coast. For those who love golf, Kauai offers the perfect combination of a vacation in paradise with access to world-class golf courses. 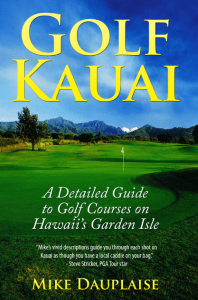 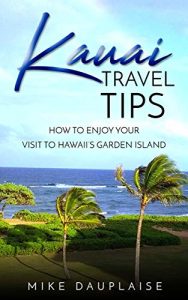 Veteran travel writer Mike Dauplaise has seen a lot of the United States, but Kauai is the one location that holds a special place in his heart. As a regular visitor to Hawaii’s Garden Isle, Mike has accumulated a wealth of knowledge that he had shared previously only with family and friends.

This handy little guide contains the types of practical tips missing from most guidebooks that focus on attractions and activities. While not a comprehensive guide of all things to do on Kauai, you will be prepared for everything from what to expect at the airports and picking up your rental car, to island driving etiquette and ways to avoid traffic, and even how to pronounce some of the Hawaiian words you will encounter.

Now pack your slippahs (that’s “sandals” in Hawaii), and get ready to enjoy a vacation of a lifetime.