Tony Walter was the sports editor at the Green Bay Press-Gazette when a high school kid interested in the newspaper business inquired about a part-time job. Fast-forward nearly forty years, and that kid (M&B editor and designer Mike Dauplaise) would be the person who would help Tony put the finishing touches on his books covering Green Bay and Packers history. 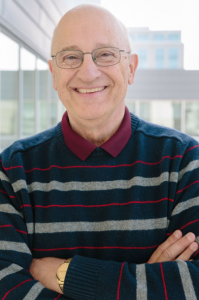 Tony Walter has been telling the story of Green Bay and the Packers for generations as a reporter, editor, and columnist for the Green Bay Press-Gazette, and now in retirement through his books. Tony’s journalism journey includes an on-field assignment during the 1967 NFL Championship Game, known as the Ice Bowl, and a one-on-one interview in 2008 with then-Senator Barack Obama. He also covered the Wisconsin state government in Madison from 1973-76 and was a member of the prototype team for a new publication called USA TODAY in 1981.

The year was 1922, and residents of Green Bay, Wisconsin, were navigating through a quickly changing post-war world that included automobiles, Prohibition, and a fledgling professional football team called the Green Bay Packers.

Struggling to merely survive, the Packers took a back seat in the public consciousness to other major happenings in what would turn out to be a pivotal year in the city’s history. A new YMCA building, a family amusement park known as Bay Beach, and dozens of other developments that remain part of the city’s landscape a century later were just gaining traction.

Little did the city’s residents know, but this ragtag group of football pioneers and their dedicated supporters were laying the foundation for one of the nation’s great sports franchises. And with it, the small town at the base of Wisconsin’s thumb would grow to become a vibrant city known by football fans around the world. 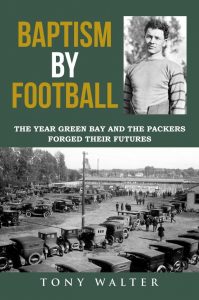 The Green Bay Packers were in the midst of establishing themselves as a National Football League power in 1929 when John Walter took a summer job at his hometown newspaper, the Green Bay Press-Gazette. He soon would have a front-row seat to the Packers’ first stretch of glory years while navigating the challenges of becoming an adult during the Great Depression.

Tony Walter, like his father a former Press-Gazette sports editor, combines his own narrative with John Walter’s personal diaries and newspaper columns to provide a first-hand account of life in the 1930s and a behind-the-scenes look at the fledgling NFL. Pro Football Hall of Fame members Curly Lambeau, Don Hutson, Cal Hubbard, Johnny (Blood) McNally, Clarke Hinkle, Mike Michalske, and Arnie Herber not only were topics of John Walter’s reporting, some even became personal friends. 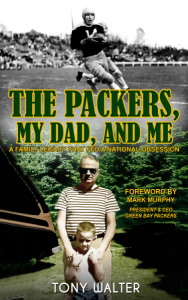